Cassia bark is obtained from Cinnamomum Cassia, Blume (N.O. Laurineoe), a medium-sized tree, probably a native of Cochin China, but cultivated now in the south-eastern provinces of the Chinese Empire (Kwang-si and Kwang-Tung). Cassia is an aromatic bark resembling cinnamon but differing in strength and quality. Chinese cassia is sweet and rich with just a touch of spiciness; perfect for all your baking needs.

Cassia bark is darker, thicker, and coarser than cinnamon, and the corky outer bark is often left on. The outer surface is greyish-brown and slightly rough. The inner surface is reddish brown. To tell the difference between cinnamon and cassia, note when buying sticks that cassia is rolled from both sides toward the center, resembling an ancient scroll. Cinnamon sticks are rolled into a single quill. 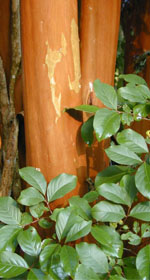 This tree yields the bark known in English commerce as cassia bark or Chinese cassia lignea. It is an evergreen tree, family Lauraceae growing up to 21 feet with a white aromatic bark, oblong, lanceolate, seven-inch leaves, and small, yellow, summer flowers that hang from long stocks. The tree grows in hot, wet, tropical climates. The bark is collected entirely from cultivated trees. When about six years old the branches are cut and all the small twigs and leaves are stripped off; two longitudinal slits are then made, and three or four transverse incisions are cut round the circumference through the bark at intervals of about 40 cm. The bark is then removed in pieces about 40 cm. long and half the circumference of the branch. These are next laid with the concave surface downwards and a small plane passed over them, by which the cork and part of the cortex are more or less completely removed. The bark is then tied up into bundles and exported. 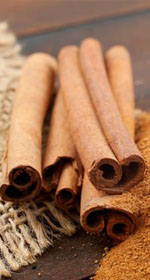 Cassia bark is imported in bundles about 30 or 40 cm. long and weighing about 500 grammes. The pieces of which the bundle is composed vary from 5 or 6 to 40 cm. in length and average from 1 to 2 cm. in width and 3 to 5 mm. in thickness. They are either channelled pieces or single (but not double) quills, of a dark, earthy brown colour and smooth, but with patches of the thin greyish cork still adhering to the outer surface, indicating a want of care in trimming them. The fracture is short, the section of the thicker pieces showing a faint white line (sclerenchymatous cells) sometimes near the centre, sometimes near the outer margin and parallel to it. In odour and taste cassia bark resembles cinnamon, but it is less delicate in aroma and more mucilaginous and astringent. Cassia bark occurs in much larger and thicker pieces than cinnamon, seldom in double quills, and never packed into sticks. It is darker in colour, and frequently exhibits patches of cork on the outer surface. 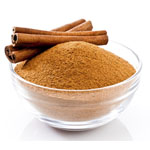 Cassia bark was often burned as incense in the past, and a fat obtained from the fruit was once used to make church candles. The powerful fragrance of either spice can be used in potpourris, in herb pillows and herb bags to keep moths away. It is also one of the ingredients of Carmelite water. Pliny used cassia in a perfume recipe for men in his Natural History, and many sources recommend it as a spice with which to perfume linen. Cassia is now popular in many soaps and men’s cosmetic preparations.

1 - Relieves Cold - The root of the cassia tree is known to help in treating the symptoms of a common cold such as congestion and a running nose.

3 - Treats Digestive Disorders - The pulp of the cassia fruit is also used as part of the treatment for intestinal disorders in children such as flatulence.

4 - Prevents Inflammation - The leaves of the cassia tree are also used as dressings for inflammation of the feet and hands, which may have been caused on account of exposure to cold. The leaves are used for gaining relief from skin irritation and to alleviate pain and swelling.

5 - Fights Infections & Viruses - Cassia is known to help in the prevention of the spread of bacteria and microbes to the other parts of the body, thereby preventing the spread of an existing infection.

6 - Anti-inflammatory & Anti-rheumatic properties - Cassia is used as an effective natural treatment for arthritic joints on account of its anti-inflammatory and anti-rheumatic properties. Cassia is known to stimulate the flow of blood to the joints by strengthening the circulatory system which in turn increases the supply of oxygen to the joints.

7 - Lowers Blood Pressure - There is also much anecdotal evidence that consumption of cassia has a strong effect in lowering blood pressure, making it potentially useful to those suffering from hypertension.

9 - Astringent Properties - Cassia is known to strengthen the gums and hair roots as well as tighten the muscles.

10 - Antihelminthic Properties - Cassia is used to get rid of intestinal worms due to its antihelminthic properties. 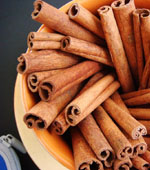 Demand for cassia as spice has always been strong although some substitution occurs based on price, while competition from synthetic alternatives does not noticeably affect the trade. Cassia is mainly produced and exported from the East Asian region making China, Indonesia and Vietnam, the leading producers and exporters. Indonesia and China, the major producers of Cassia have together captured almost 80% of the volume wise. There has been an increasing trend in export of cassia products from Indonesia, China and Vietnam. Other major producers include Srilanka and Madagascar. 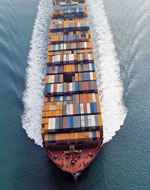 The major market of Cassia is the European Commision (EC), within which France is the biggest importer. In recent years the United States has emerged as the largest importing country. Imports into the USA have risen in recent years and, with a soft drinks market which shows no sign of weakening, demand for cassia oil is expected to remain strong. Imports from Japan and Hong Kong are almost entirely re-exports of China. The UAE is the major buyer of Chinese cassia bark and leaf oil. Vietnam Cassia is exported to the USA. Indonesia Cassia (C. burmannii) is also an important export product to USA. Cassia vera from Indonesia is mainly shipped to Europe, India, Taiwan, Canada, USA & Korea.

Recipe for Beverages with Cassia 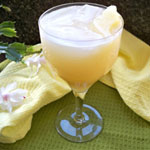 A: Put ginger, sugar and cassia bark in a saucepan. B: Add 2/3 cup water and bring to a boil. Cover and simmer 5 minutes. Remove from heat and add teabags. C: Let stand 5 minutes, then strain into a bowl. In a blender or food processor, blend coconut and boiling

Recipe for Cooking with Cassia

A: Joint chicken and cut across bone into serving pieces. B: Mix nuts, chilli, coriander, galangal, garlic and turmeric to a paste with a little oil and rub over the chicken. Leave for a few hours. C: Heat remaining oil in wok or pan and fry onions until golden. Add chicken pieces and fry until golden. D: Gradually add coconut milk, stirring while bringing to the boil to prevent curdling. Add lemon grass and cassia and simmer uncovered for about 30 minutesor until the sauce is thick. E: Stir in lemon juice and add salt to taste.

Recipe for Dessert with Cassia 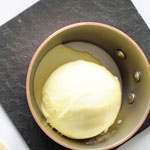 A: Gently warm the milk and cream in a pan, then add the cassia and set aside to infuse for 2 hours. B: Once infused, bring the milk, cream and cassia to the boil. Meanwhile, whisk the eggs and sugar together until thick and pale, then pour the cream and cassia mix into the eggs, whisking to combine. C: Pour everything back into the pan and stir over a low heat until thickened. D: Pass through a sieve into a mixing bowl and set over iced water. Stir so that the mixture cools quickly and taste the mix. If needed, return the cassia bark for a while longer to achieve a deeper flavour. E: Once the mixture is chilled and the flavour is to your liking, churn in an ice cream maker. Store in the freezer until required.